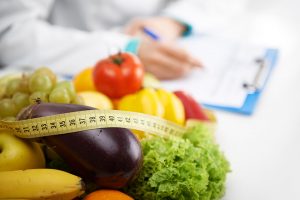 Solve Your Problems or Surrender Them – Don’t Dwell on Them!

Sugar is a very concentrated food. That means it has lots of calories and calories heat your body very quickly. Imagine a coal stove. The harder the coal, the longer and more equal is the fire burning. In fact, it gleams all night. But when you put straw or paper in your stove, it burns a little while, makes lots of flames and is gone.

This is the way when you feed your body heat with so much sugar, it makes energy very quickly, but after that, it leaves you exhausted and cranky. Cranky people are not very pleasant. The worst thing is crankiness. It is contagious and other people become cranky too, and then the world does not look so very sunny and beautiful any longer. (From the book Good Health Through Special Diets by Hanna Kroger.)

Every living body has an electro-magnetic forcefield. The higher this forcefield, the healthier the body. The lower the forcefield, the more the body needs help to generate this energy, which makes people feel low in energy. (From the book Good Health Through Special Diets by Hanna Kroger.)

Water
Nothing beats water to flush and rebuild the body. For every 50 pounds of body weight, drink one liter or one quart per day.

Fish
Foods Allowed: White Fresh Fish Only (Broiled or Baked)
Foods to Avoid: All Other Fish and All Breaded Fish

Vegetables
Foods Allowed: All – Raw, Cooked, Fresh or Frozen (Potatoes Should Be Baked or Broiled)
Foods to Avoid: All Canned, Fried (or Deep-Fried) Potatoes, Potato Chips and White Rice

Supplements to Support a Healthy Body

Supplements to Support a Non-Life-Threatening Condition

Supplements to Support a Life-Threatening Condition

Font Resize
Contrast
Accessibility by WAH
Call Us Text Us